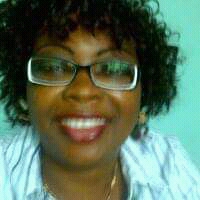 Why Does Appearance Matter SO Much???

Well- every society has its orientation. Its accepted norms, approved and stamped by the society as appropriate. Why is it that so many people hunger both consciously and subconsciously for societal approval?

There’s a matter that gnaws at me. Why do most people in our society take things at face value? Is appearance all that matters? Why’re some people so uneasy when it comes to looking inward? Or looking deeper at situations? Is it the fear that you may find out the truth about yourself? A truth hidden under layers and layers of facades?

The other day I saw a picture of a mother and child lying in wake, about to be interred into Mother Earth. It went viral. The story behind it broke my heart. According to the story, her partner- beats her blue-black so frequently- as recounted by their neighbors; even to the extent of beating her on her due date for delivery, until she collapsed and was unconscious. She and her baby died together, that very day! What actually bothered me most about the incident as narrated was that; she left severally but was encouraged to go back to her spouse by her family and friends. It’d be “embarrassing” if words got out that “their” daughter’s or friend’s marriage had crumbled. I guess.

Well- that’s certainly a complicated case since she was married. My main focus is on those still in the relationship stage. Why is it that, the society frowns when it’s a lady that”finds fault in a man she’s dating?” I don’t get it. Men break up with ladies everyday, out there. Once there’s a tiniest doubt in their mind about a particular relationship- especially when marriage is the ultimate target. Is it so “unreasonable” for a lady- that could end up in such heartbreaking circumstance, as the lady narrated above, passed through- to see these signs and move on before she becomes a victim? Does leaving an unhealthy relationship equate to being choosy? If he’s a; criminal, drunkard, dubious, violent, aggressive, sadist…etc. Should she stay and endure? Are all these traits mentioned, now inherent in every other man? So, there’s no point hoping there’s someone compatible, with similar values to hers, out there?

Now- let’s assume, a man/lady in a relationship sees character traits in whom he/she’s in a relationship with, that are intolerable, unimaginably offensive. He/she goes; “what would people say? How’d friends and family react? What’d neighbors say? His/her thoughts, puts everyother person’s reaction above his/her own needs. Hmm…mm?

The stereotyping doesn’t help either. A young lady that behaves in a certain manner is termed “decent or not.” It becomes engraved in the mind subconsciously as the type to sort or not when making plans to settle down. Oh? If she appears “decent.” She’d tick all the boxes I assure you. Lol! What happens later? Incompatibility; the real character springs to the surface. It becomes obvious you’ve been misled- “judged the damn book by the cover.”Serves you right. Lol!

No matter the pressure ladies and gentlemen- I still maintain, it’s not about the society or peers. It’s about you. I’m sure there’re no perfect relationships or even marriages out there. The thing is- there’re good ones out there or would you rather join the nightmare version because you want to please the society? To be in an intolerable relationship just so that others would approve. Whatever did their approval do for the buried ones? Or those passing through hell because they’re afraid to be judged by those in their circle?

I believe being real is still one’s best bet. Be yourself- there’s someone out there that’d understand and love you, flaws and all. And still want to be with you’d show up in due time. Instead of living a charade that’d blowup in your face at some point.

I am Nnenna Karen Ukanwa. I basically grew up in Benin Republic, I'm a Nigerian by birth though. Kareninspiration.com came about because of the pressure I personally felt as a single woman, I'd like to use this means to interact with like minds, discus relevant ideas. Constructive criticism is allowed when needed. Topics I write about are mostly personal opinions. Lol! You're welcome to add yours on here! I'll always appreciate your contributions. Thank you!!! View all posts by Kareninspirational For Singles With A Special Attention On Ladies From 30Yrs and Above…